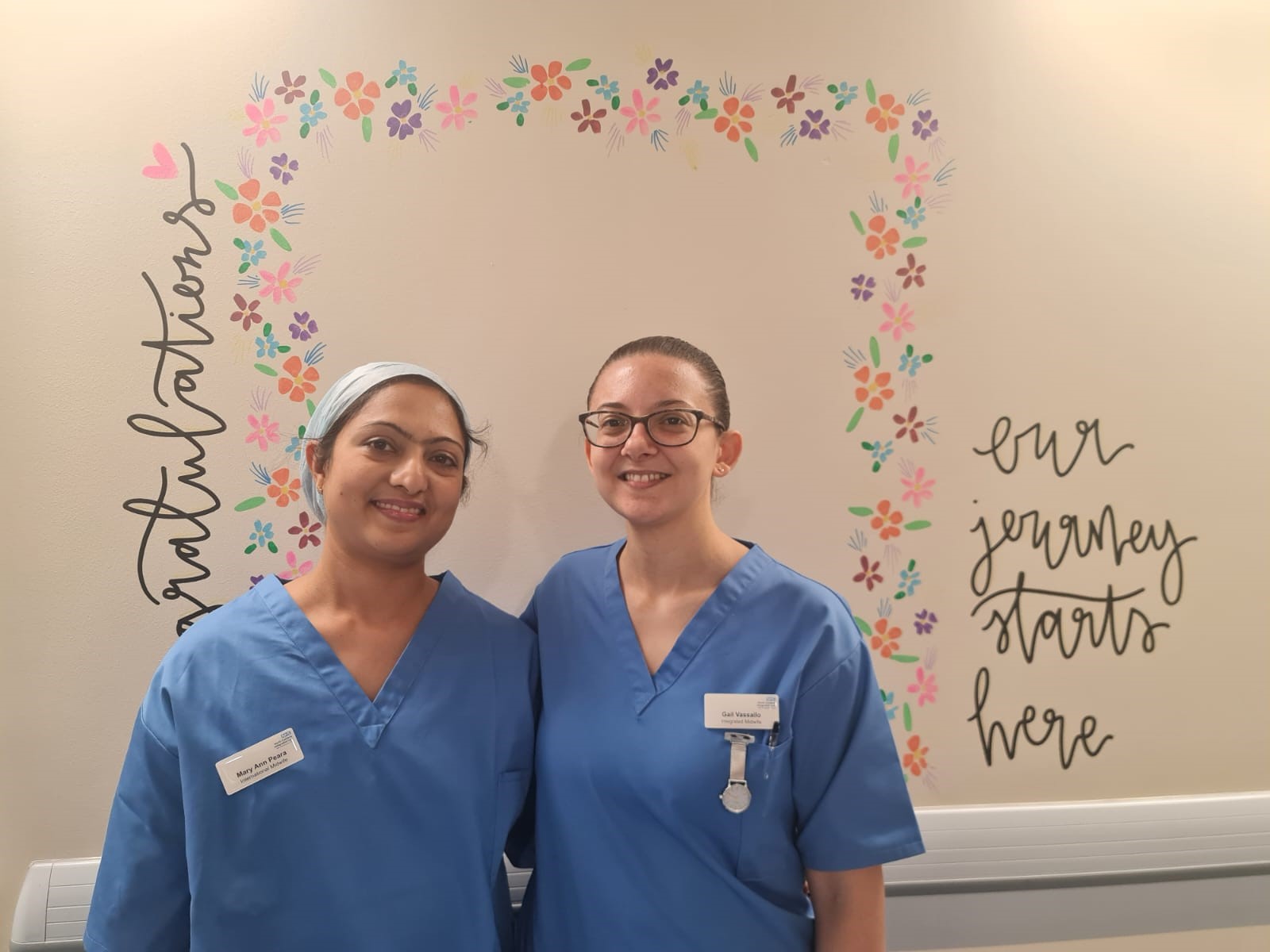 Gail Vassallo and Mary Ann Judith Jacob Peara are the latest recruits to join the Trust from overseas.

Gail, 30, has come from Malta and Mary-Ann from Kuwait, although she is originally from Kerala in India.

Gail has moved to Carlisle with her husband and recently started working at the Cumberland Infirmary on the maternity ward.

She said: “I worked as a midwife in Malta for six years. Myself and my husband visited the UK several times and we are big fans of British culture. The UK is similar to Malta. You drive on the same side and English is spoken in Malta so it seemed like a natural choice.

“It was an easy transition to make.”

Gail carried out her first delivery on the maternity ward last month.

She said: “I delivered a boy. I love being part of the journey and forming a relationship with a couple and being there at a momentous time in their lives. It is very special.”

Gail said she was enjoying exploring the local area and had already been to Windermere.

She said: “Every weekend is like a holiday for us at the moment as there are so many places to explore, although it is a little chilly compared to back home!”

Gail says she is looking forward to furthering her career at NCIC.

Mary-Ann, 39, has left her family and three children in India while she works at CIC.

She said: “I too wanted to further my career and there are lots of opportunities here. I worked as a midwife in Kuwait for 12 years. This is my first time in the UK and I hope my family will be able to join me soon.”

Both Gail and Mary-Ann completed a course in York before starting at NCIC.

Mary-Ann said: “I love being a midwife and help bring new life into the world.”

Matron Rachel Fulton said: “We are very excited to be welcoming the first of our new international midwives to the Trust. The national recruitment challenges within the midwifery profession have meant that we have decided to look further afield and we have been working closely with the international recruitment team over the last few months. Finally, our hard work and investment is coming to fruition and we are able to welcome Gail and Mary Ann into our team. This is an exciting challenge for us all and we look forward to working alongside them in the coming months and years.”

Amanda Kennett, Associate Director of Midwifery and Gynaecology at NCIC, also welcomed Gail and Mary Ann to NCIC. She said: “We are delighted to welcome our first cohort of International midwives to NCIC. They have settled in well and are popular members of the midwifery team. I wish them well in their future careers.”

NCIC hopes to have 10 more midwives arriving before the end of March next year.

Denise Evans, Practice Development Lead for Midwifery - Recruitment and Retention, said: “We have two more midwives who we hope will be able to begin their clinical work in the new year.”

Denise went on to explain why the Trust is recruiting from overseas.

She said: “It is a national issue. There is a significant recruitment problem within midwifery. I think nationally there are a lot of midwives who have left due to reaching retirement age. It has been particularly hard to recruit to Cumbria which in part may be due to rurality. Therefore we are following our nursing colleagues who have had great success with Overseas Educated Nurse recruitment here at NCIC.”