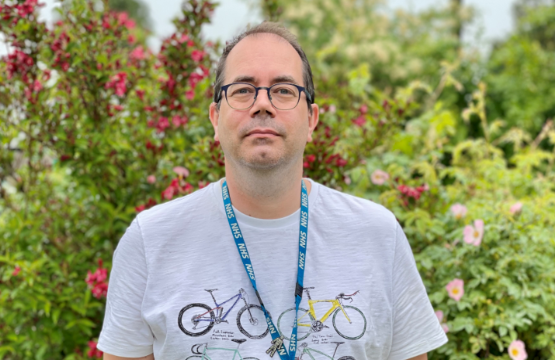 The family of a little boy who narrowly avoided a hospital admission when his diabetes readings were delayed have thanked the nurse who helped.

The father of the six year old, posted on Linkedin to show his gratitude to the nurse Kelvin Green from the Paediatric Diabetes Team at West Cumberland Hospital. An error in the device that read the glucose levels of the boy, who has type 1 diabetes, meant his parents couldn’t monitor him properly. Kelvin’s quick thinking led to the manufacturers personally sending a new device in the early hours of the morning.

The father’s post said: “On a Sunday evening at around 10.15pm we checked our son’s glucose levels. The digital device provided by the NHS, displayed an error code which looked like it was at the end of its life. This meant that we no effective way to administer insulin, risking high blood glucose levels.

“I messaged our Diabetes Nurse, Kelvin for advice thinking he would respond the following morning. However 10 minutes later he replied with advice on what to try. Around 11pm on a Sunday night we called the manufacturer of the device, they got us to do a quick check and said they would have another pod sent out to us soon.

“At 2.50am there was a courier knocking at the door with a replacement device which we were able to programme and provide the correct amount of insulin. As suspected the glucose level had increased to an almost dangerous level by this time.

“This was an outstanding service from the NHS and the manufacturer of the device which meant that a trip to the hospital was avoided for our son. And he could still attend school on Monday morning, albeit a bit more tired than usual.

“Since my son’s diagnosis we have had fantastic service from Kelvin and the North Cumbria Integrated Care Diabetes team. Until there is a cure for diabetes we will be reliant on these dedicated professionals. Thank you #NHSheroes.”

Kelvin said: “It is really nice to be recognised by a family for the support we provide. On this occasion it prevented what could have been a hospital admission.”