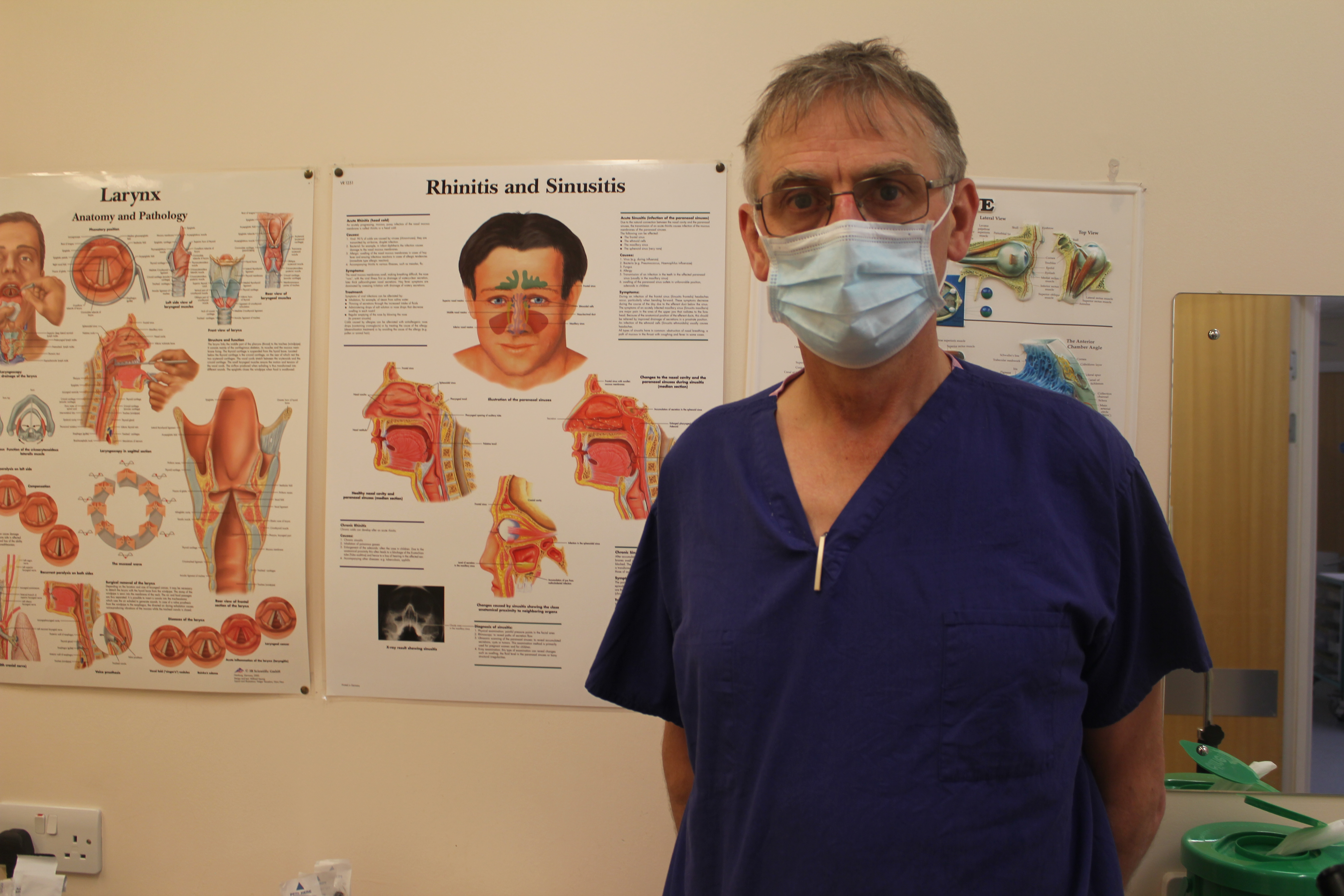 This week will signal the retirement of one of the Trust’s most experienced and much loved specialist Consultant Surgeons, Andrew Robson.

Appointed as an ENT Consultant in 1996, Mr Robson joined Donald Clark and the late Nick Murrant to form a happy and cohesive ENT team which has continued to develop within the Trust across Mr Robson’s 24 years in post.

Mr Robson has worked closely with Graham Putnam – OMFS Consultant Surgeon – and the late Paul Dyson to develop a fully integrated MDT for Head and Neck cancer, such that we have a national reputation for providing up to date high quality care to this particular group of patients who have very challenging surgical and rehabilitative needs.

Mr Robson said: “It is a source of great pride to me that we have such an excellent team of Nurses, Radiologists, Speech & Language Therapists, Dieticians, Psychologists and support staff which means we can really care for these patients and their families locally, rather than them having to travel to Newcastle.

“Graham and I have held national roles in the development of evidence based care in Head and Neck oncology over the years, which has benefited patients in North Cumbria.

“Over the years the ENT department has developed a reputation for excellent training of surgical registrars, GP registrars and foundation doctors.

“We are regularly the highest performing department in the GMC trainee survey, and regarded as one of the best training departments in the country. Trainees regularly ‘come back for more.”

Mr Robson has chaired the national training committees and has examined for Royal College exams. He has significantly helped to put North Cumbria on the map for high quality training and recently won the ‘Outstanding Trainer’ award from the national body ENTUK, an amazing achievement to top off an amazing career.

Mr Robson officially retires on January 8 but he will return for three days a week to help support the ENT team in a reduced capacity, focusing on further developing the training needs of the next generation of clinicians.

Mr Robson, who enjoys fishing and the great outdoors, said: “I’m looking forward to it although with mixed feelings but I’ll be back.”

From everyone at NCIC, we wish Mr Robson all the best on his retirement and are proud to have had his service for more than two decades.