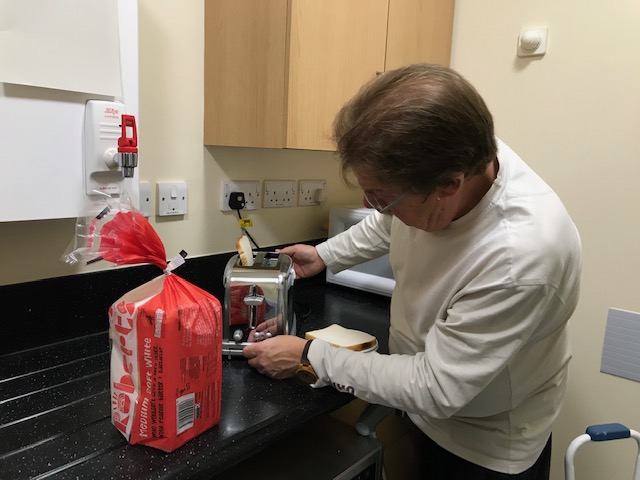 The simple tasks like making a cup of tea or a slice of toast can be a struggle after you’ve had a stroke.

But staff on Elm A ward at The Cumberland Infirmary are helping patients to try out tasks – like making breakfast – to get them used to everyday movements – like lifting a kettle and spreading butter on their toast – which we take for granted.

Valerie Marshall, deputy head of occupational therapy, said: “We have recently had our therapy kitchen re-instated on Elm A and the occupational therapy team have started running breakfast clubs among other things to help patients who have suffered a neurological event. This has coincided with the opening of the hyper-acute stroke unit, and this treatment space helps us to achieve timely discharges from the unit.”

Patient Gordon Hayton, 60, of Carlisle recently suffered a stroke at home. He is using the new therapy kitchen to make his morning coffee.

Gordon, who works at Pirelli, said: “It was a real shock. I didn’t know I had had a stroke until I phoned for an ambulance.

“I had a dead feeling in my arm and my leg on one side and I still can’t open my wrist and fingers.

“I am hoping to go home this week with some carers in place to help.”

Patient Simon Raner, 58, of Newby, near Penrith, was relaxing at home when he had a stroke. He has been using the therapy kitchen to make breakfast.

Opening the packet and holding his knife to butter the toast can be a struggle if you’ve had a stroke.

Simon said: “I noticed something was wrong because I couldn’t walk straight. I lost my balance.

Val Colville, an occupational therapy technical instructor on Elm A ward, said: “We are helping the patients to see how they are managing their daily tasks like making a hot drink or a slice of toast.

“It helps their memory too so they can see if they can remember things.” 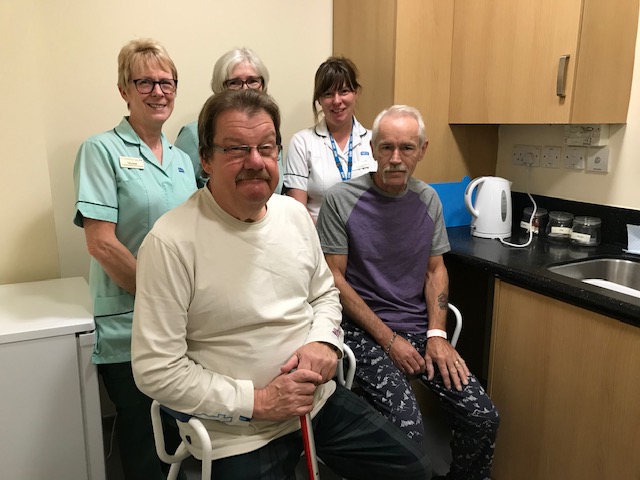 Nicola Martin, lead occupational therapist in stroke, said: “The benefits are that patients can participate in their daily routines while being monitored medically. It means that we can commence assessments and provide rehabilitation much earlier during their inpatient stay.”

On Wednesday, the Children’s Therapy teams went along to the new Alfred Barrow Health Centre celebratory event ahead of its opening next week.

The team showcased their services and also used it as an opportunity to raise awareness of Occupational Therapy Week.