The official opening of the Alfred Barrow Health Centre was deemed a success after more than 200 people attended the event.

The ceremony was held on Wednesday 6 November from 12:30pm until 2:30pm with members of the public invited to attend a tour of the building in the afternoon. 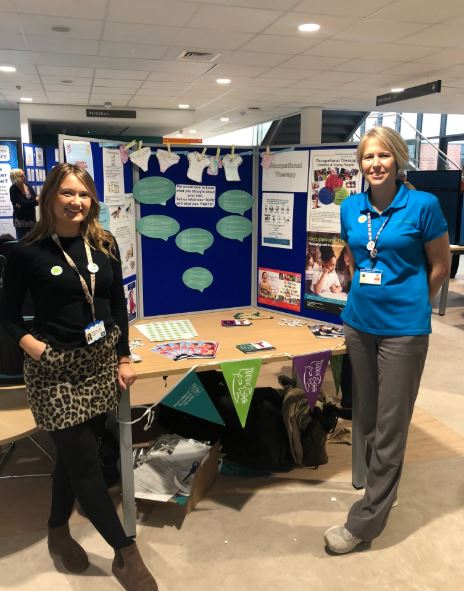 The trust's children’s therapies, community paediatrics and diabetic eye screening teams in the south of the county will now all be based there.

The health centre is situated on the site of the former Alfred Barrow School, which closed in 2009. Since then the building has been used by other organisations for various reasons but stood empty for a while before the site was bought for the development of a health centre.

Construction on the health centre began in December 2017 with the oldest part of the Victorian building being preserved and an additional building, which will house the patient-facing services, being built.

The health centre, which opens its doors to patients on Monday 11 November, will bring together several primary and community health services which will greatly benefit the Furness population.

“This will be a really important building to the people of Barrow, especially as new life has been given to an iconic landmark.”

Dr Jolliffe also spoke about the benefits it will bring to the GPs moving into the building and why he believed this new health centre will aid recruitment – as there is a shortage of GPs nationally.

“To have your own surgery you have to own the building and to do that you have to borrow money, you also have to look after the maintenance of the building and you’re the one that has to get up in the middle of the night when a burglar alarm goes off. You also find that you’re in a form of isolation because it’s just you and your team. Teams grow but you can only go so far within the confines of the existing premises.

“This type of working isn’t attracting young professionals to General Practice, so we have to change our way of working. With the Alfred Barrow Health Centre, we don’t have to own it, we don’t have to run it and we don’t have to maintain it, we are here just to deliver clinical care. The biggest advantage is we’re all under one roof, we have got access to physio, community nursing, children’s services, mental health services, the ambulance trust and a pharmacy, to name a few.

“With intelligent, committed professionals from all sorts of backgrounds in the same building innovative things will start to happen, and I can’t wait to see how this develops.” 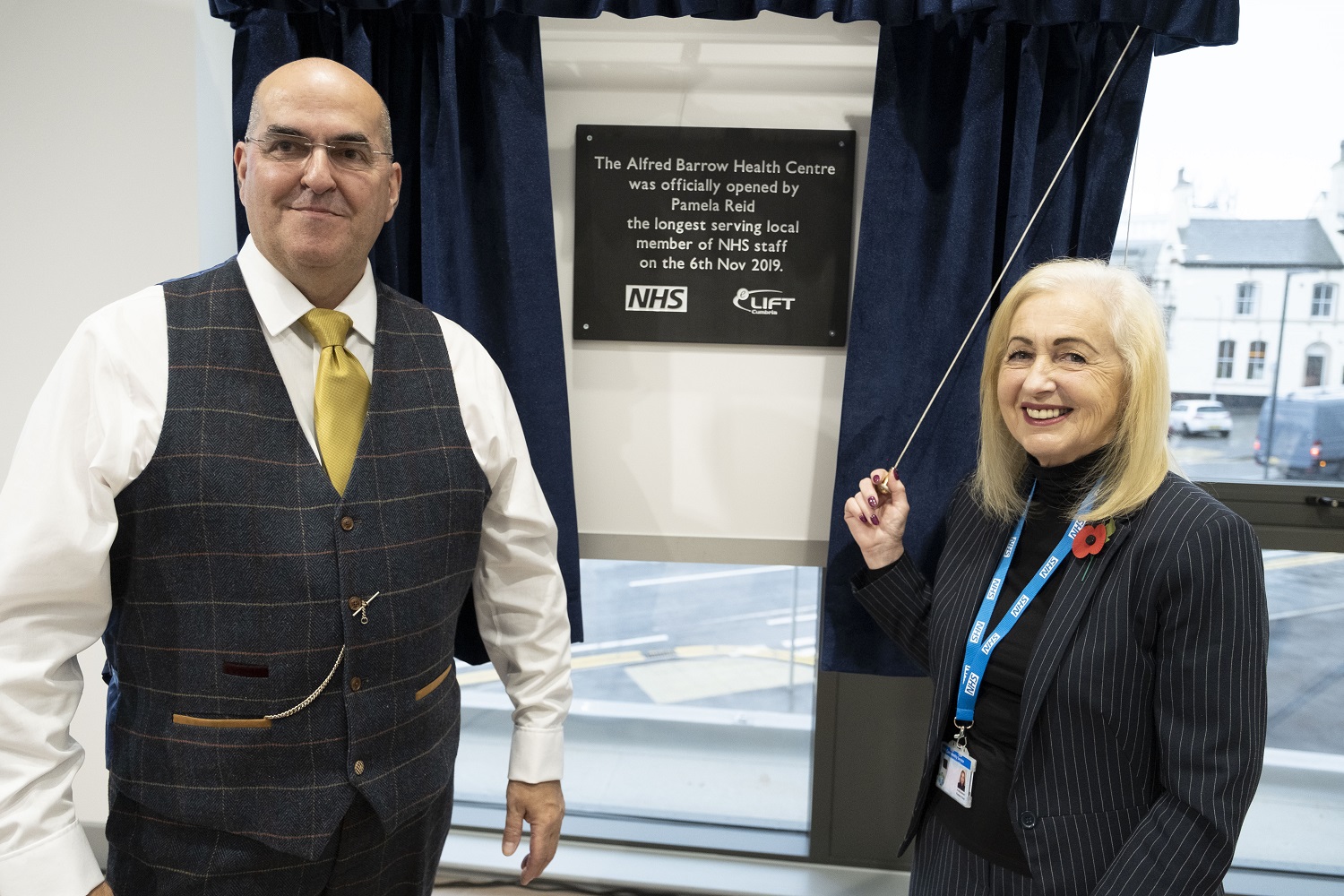 A long-serving member of local NHS staff, Pamela Reid, officially opened the health centre and unveiled the plaque after saying a few words.

Pamela, who was born in 1948 – the same year the NHS was formed currently provides administrative support in the General Office at Furness General Hospital. She has worked for the NHS for 52 years.

Going through a few of the changes she has witnessed she said:

“Over the years the patient environment has improved as there are new buildings with small bays within each ward providing views for the patients, the nursing staff used to wear starched aprons and caps and even though they looked very smart, the scrubs worn today are more appropriate for the job.

“During my 52 years I have seen a lot of change, but I’m happy to say that the staff are just as dedicated today as they’ve always been.

“I take great pleasure in opening this health centre as it’s not just going to benefit the teams moving in but all the people who are going to use it now and in the future.”