A Specialist Bereavement Midwife from NCIC has been awarded the ‘Special Recognition’ award at the Mariposa Ball.

The charity primarily supports people that have been affected by the loss of a baby, whether during pregnancy, at birth or in infancy, recently or historically. In 2018 the charity launched the Mariposa Awards, which recognised medical professionals and others making a real difference in the lives of people who have experienced baby loss. Winners have included doctors, nurses and midwives as well as fundraisers and volunteers.

This year Midwife, Kerry Pape was nominated and went on to be given a ‘Special Recognition’ award for her role at Specialist Bereavement midwife at NCIC. 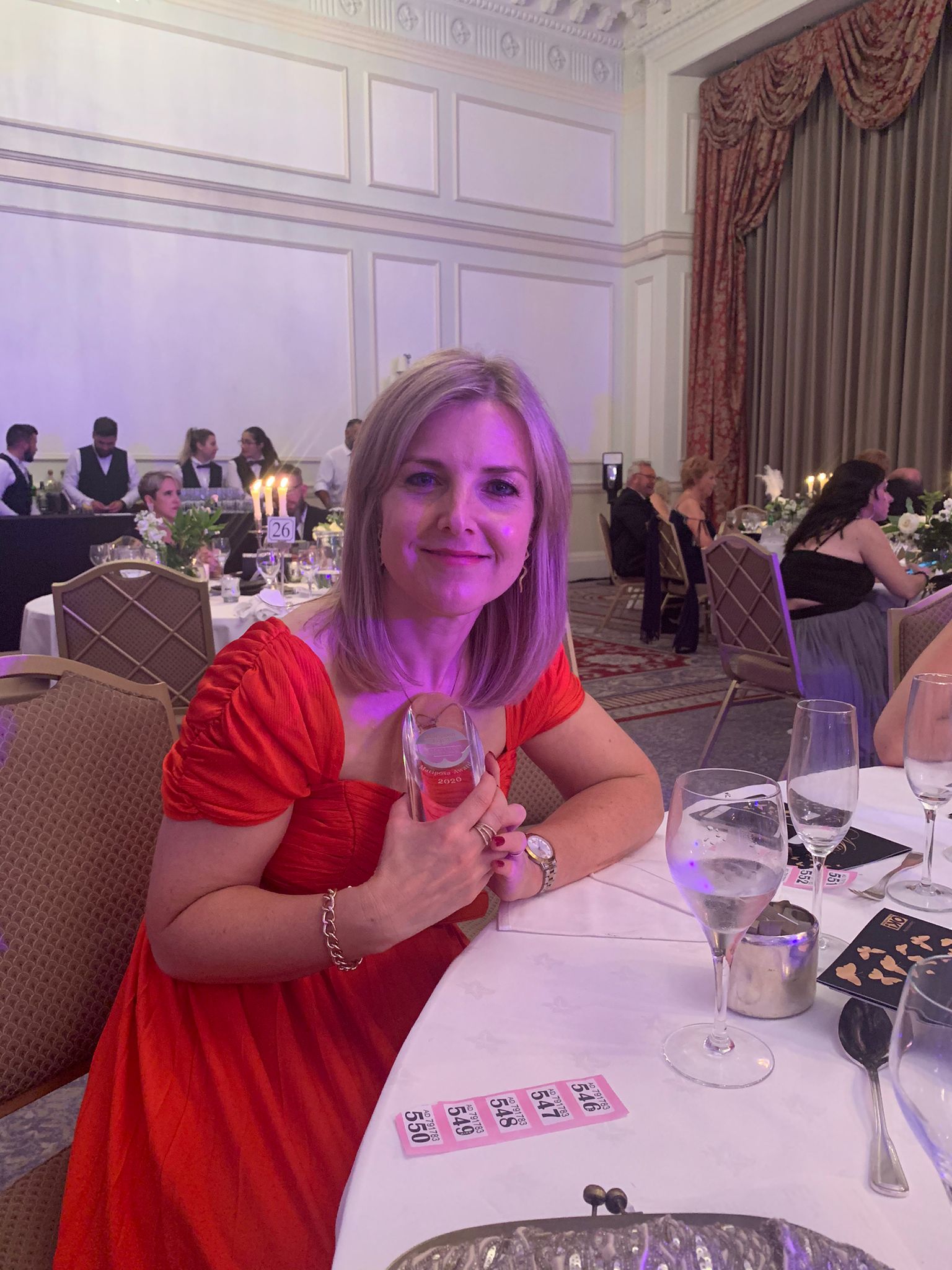 Kerry said of her nomination and award:

“I was both thrilled and overwhelmed by my nomination, I love my job and don’t expect any recognition other than the satisfaction I get from making a difference in the lives of the women and families I encounter. That being said it was such a pleasure to attend the awards and then go onto win, was amazing. The award is for all of the team here at NCIC, I couldn’t do my job without the support of the other members of the bereavement team, particularly my colleague and counterpart Andrea Ewing.”

The Specialist Bereavement midwives support women and families who are going through the agonising trauma of losing a baby. They offer practical and emotional support to people who are suffering during and after a loss.

One woman, Jane Johnstone whose family were supported by Kerry during such a loss said: “There is no one who is more deserving of such an award, we are in awe of her compassion and dedication in her role. We cannot explain enough how Kerry supported us and helped us make decisions we never thought we would have to make. We are eternally grateful for her support and are privileged to have met her”

Amanda Kennett, Associate Director of Midwifery for North Cumbria Integrated Care, said: “We are so proud of Kerry and the exceptional work her and the rest of the team carry out on a daily basis. It takes a special kind of person to carry out such a role and we are thrilled we have such a person working at the Trust. On behalf of myself and the rest of the Trust we would like to congratulate Kerry and the team on their well-earned award.”