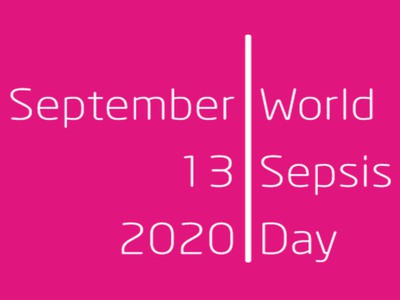 World Sepsis Day is held on 13 September every year and is an opportunity for people worldwide to unite in the fight against sepsis.

Sepsis kills more people each year than breast, bowel and prostate cancer combined – yet many people still don’t know what it is.

Sepsis is a potentially life-threatening condition caused by the body’s overwhelming response to an infection that results in it injuring its own tissues and organs.

Your body is no longer fighting the infection, it is fighting itself. The longer it goes undetected, the more chance that it will be fatal. Any kind of infection can lead to sepsis.

There are three stages of sepsis: sepsis, severe sepsis, and ultimately septic shock.

Sepsis must be recognised and treated with intravenous antibiotics as soon as possible. Many patients will require oxygen therapy and intravenous fluids also.

Signs and symptoms, with an infection already present, are breathlessness, raised heart rate, low blood pressure, and confusion, not passing any urine in a day, high temperature or low body temperature. Seek urgent medical help if showing any of these symptoms,

They focus on providing training and education for staff on recognising sepsis and the deteriorating patient, and improving patient care.

An improved Sepsis Screening tool was released last year for staff to use when taking patient’s observations to recognise the signs and symptoms of sepsis and used for prompt treatment of sepsis, this has been shown that staff more rapidly picked up on cases of suspicion of sepsis, and these patients were treated within a shorter period of time.

The screening tool has now been adapted for the new digital system, meaning all staff has access to recognising sepsis earlier.

Kate Gaunt from the Clinical Digital Change Team said: “Sepsis claims the lives of at least 52,000 people in the UK every year; that equates to a football stadium full of people.

“After being involved with initial testing of the new system, I have found the digital sepsis screening tool simple to follow and easy to complete by the patient beside.

Robbie Morley, Applications Assistant, said: “I am really pleased to get the new Sepsis Screening Tool created and ready ahead of our go-live with WebV.

“I am excited to see it in action as it will make it easier for our staff to follow and use, therefore having a positive impact on our patients care.”

Sepsis arises when the body’s response to an infection injures its own tissues and organs. It may lead to shock, multi-organ failure, and death - especially if not recognized early and treated promptly. Sepsis is the final common pathway to death from most infectious diseases worldwide.

Sepsis often presents as the clinical deterioration of common and preventable infections such as those of the respiratory, gastrointestinal and urinary tract, or of wounds and skin. Sepsis is frequently under-diagnosed at an early stage - when it still is potentially reversible.

The following symptoms may indicate sepsis:

If you have a confirmed or suspected infection and are experiencing any of these symptoms, please contact your local hospital or physician immediately.