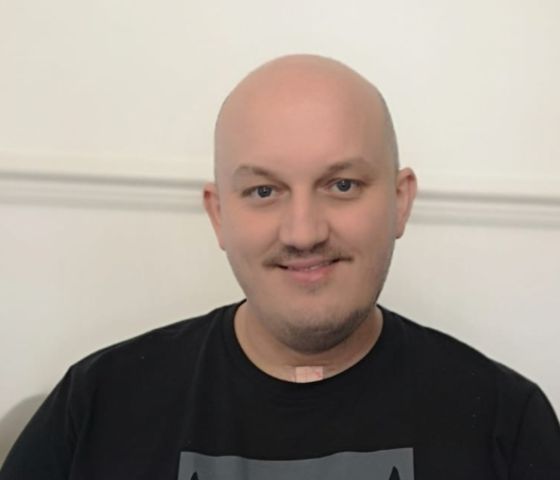 Today, we are able to share some of our recovery stories from patients who have recovered at both the Cumberland Infirmary and the West Cumberland Hospital.

A patient who recovered from Coronavirus says the NCIC medical teams that looked after and treated him in hospital “saved his life”.

Andrew Wilkinson, 37, is back home in Whitehaven after spending nearly two weeks in the trust’s two hospitals.

Andrew, an electrical engineer, said: “I wouldn’t want anyone to go through what I did. It was awful and a whole week of my life was wiped out while I was in a coma.”

Andrew took ill at home, one Friday in early April.

He said: “I had a cough and didn’t feel too great. I was lying on the sofa and I just felt hot and lethargic.

Nicola, who had phoned 111 for advice, said: “Andrew was hot. He had goosebumps on his arms. He stayed at home that night.”

But the following day, Andrew was no better.

“He was really weak, felt sick and was very tired. I called 111 again as Andrew’s breathing was quite fast. I had to time it for them on the phone.”

Things moved quite quickly after that when Andrew was taken to the West Cumberland Hospital in an ambulance.

Nicola said: “His family and I were really worried. I thought it was the last time I was going to see him as obviously I couldn’t go with him.”

In hospital, Andrew’s oxygen levels were falling. He had an oxygen bag but soon after Nicola received a call to say they were taking Andrew to ITU.

Nicola said: “I felt so helpless. I didn’t think I was going to see him again.”

Andrew spent six nights in an induced coma on a ventilator before he was woken by medics.

“That was a scary time,” said Nicola.

Andrew was still classed as critical and was still very poorly, but as the days went by he got stronger and more stable.

He said: “They had to move me from Whitehaven to the Cumberland Infirmary. I travelled across with a medical team. They were fantastic looking after me.”

At the Cumberland Infirmary, Andrew went through another series of tests.

“I’d be lying down for ages so the first thing was to try and get me to sit up in a seat. A nurse called Lauren was helping me.

“When I’d been lying down I had tried to use my arms and legs as I was aware that my muscles would be weaker because I’d not been using them.

“The physio did a lot of work with me. I used a zimmer frame to walk around the ward.

“The following day, a lady called Jess helped me. She was an absolute superstar and she got me moving. I was walking around the ward with no aids.”

Andrew was moved onto Beech Ward where his recovery continued – to the point where he no longer needed oxygen.

He managed to walk 30m unaided and his oxygen levels rose to 97.

“The moment they told me I was going home I was very emotional,” he said.

“I could see the exit door and I just wanted to get home.

“I lost about three stone in weight but that’s a crash diet no one wants to go on.”

Andrew is now back at home and has managed to walk to the end of his road. He is getting stronger by the day and building his muscles back up.

Nicola said: “It has been a traumatic, scary and stressful time. Andrew is still very tired but he’s getting there.”

Andrew said: “I am so grateful to everyone who treated and helped me. I’d like to thank a nurse called Hazel who looked after me for three nights as well.

“All the staff  in ITU are so good. They saved my life. They are amazing.”

Dr Mary Hewson, a respiratory consultant at NCIC, said: “To see a patient go from recovery to discharge gives a real boost to the team. I was so pleased to see Andrew recover.” 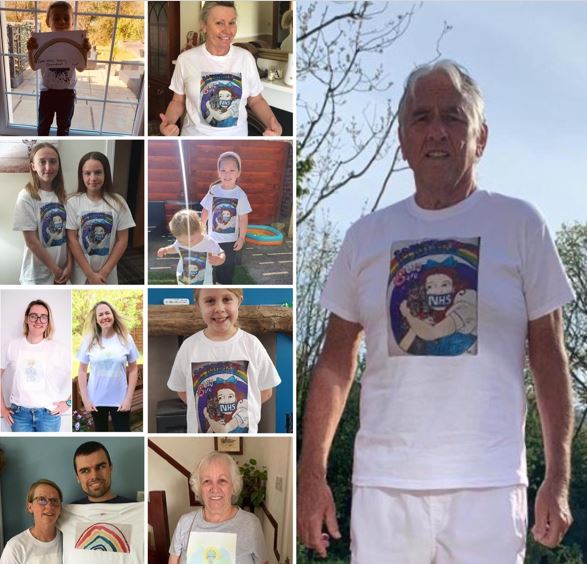 The family of a Whitehaven man who contracted COVID-19 have started a small fundraising campaign.

Alan O’Hare, 70, and his family were so grateful for the care he received on Ward 1 and 2 at West Cumberland Hospital recently.

A few of Alan’s family work in the NHS and wanted to show their gratitude and appreciation.

Alan’s daughter, Nicola O’Hare, who is a cardiac nurse, spent her weekend sending toiletries to the wards and community settings.

The family donated the money they raised to purchase toiletry packs for the patients of Wards 2, 3 and the Copeland Unit at the West Cumberland Hospital.

Alan’s family said: “We would like to say a big thank you to the NHS and staff at West Cumberland Hospital.”